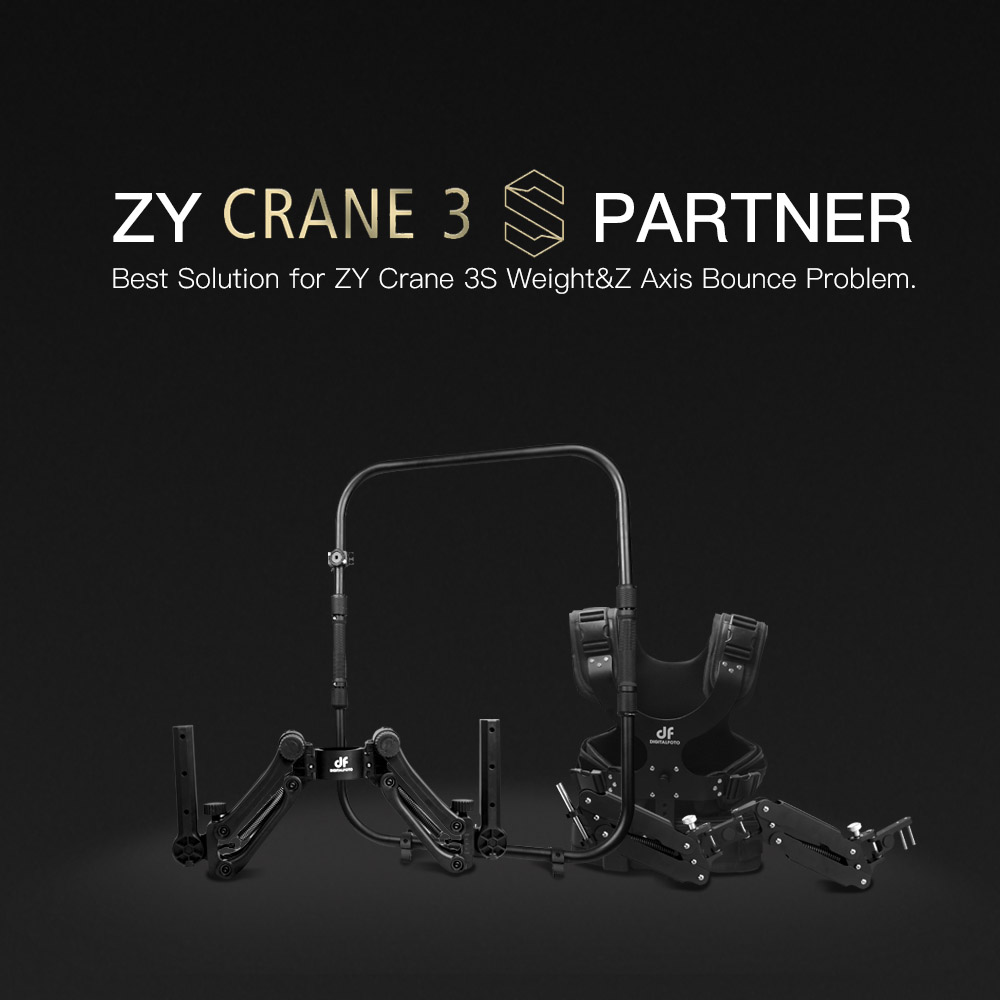 From intense chasing shoot to studio filming, different types of shooting environment require both high payload and flexibility of shooting equipment. Bearing filmmakers in mind, ZHIYUN felt the Crane series can be even better to adapt to strict and unpredictable filming environment. Now introducing the new CRANE 3S, the legendary gimbal built on a heritage of innovation with magnificent motors and brand new modular design, which aims for wider application and intuitive control.
Reengineered for More Ambitious Camera Setups
It is not simply an upgrade but reconstruction. CRANE 3S is constructed with brand new SUPER motors which allow for Max. 6.5kg payload for a wide range of camera setups.

Triple Control, Film at Your Will

Timelapse Master
With these improvements, we can see the magic of ZHIYUN Crane3S

However, when it bears other gears such as a cinema-grade camera + heavy lens + image transmission + monitor, its own weight will be too heavy to hold. It would be an Arm breaker.
in order to solve customer pain points. DigitalFoto Solution Limited has currently developed Thanos-Pro/DH04 PRO/Magic Ring I, With them you will love Crane 3S more. Let's take a closer look at these support accessories.

No.1 Thanos-Pro stabiliser system
It was developed in response to user’ feedback from the original Thanos system. This is definitely more payload.  There are four version for different gimbal( DJI RoninS/ZHIYUN Crane 2/ Moza Air2/ ZHIYUN Crane 3S). The first three versions require a yoke which are need to attach the gimbals, their whole kit includes a vest, an arm which attaches to the vest, and then a collar which attaches to the arm. The camera mounts to the collar via your gimbal. Yokes are included to attach the Zhiyun Crane 2 or DJI Ronin-S or Moza Air2 gimbals; 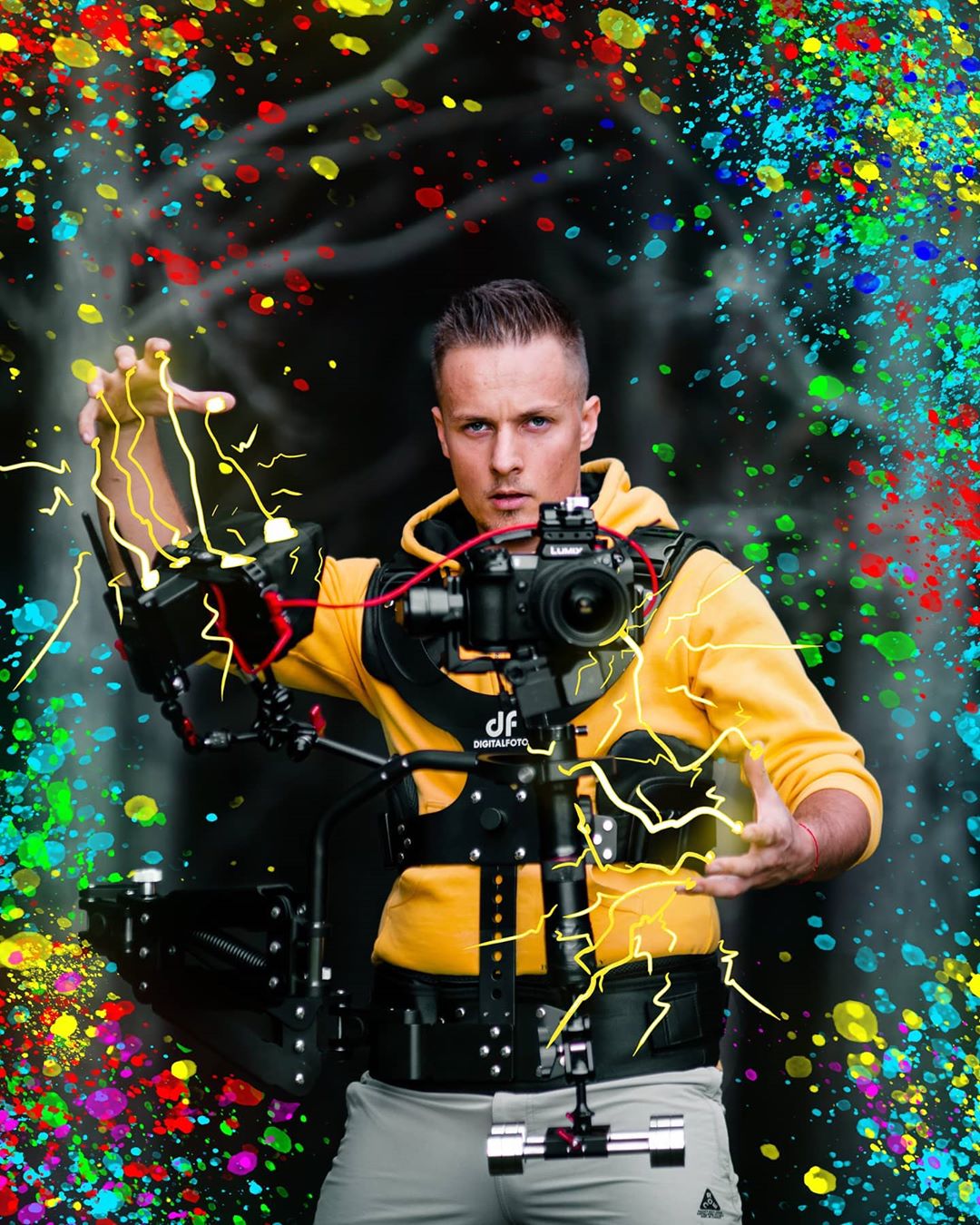 About the fourth version, that is what we are going to talk about with Crane3s gimbal today.
Its whole kit includes a vest, an arm which attaches to the vest, and then an adaptor


We are developing Thanos-Pro second version, which is based on the feedback from the users of THANOS-PRO
He clamped the yoke to the aluminium section on the monopod, Here is his review video

In the near future, DF will release the Thanos Pro II

No.2 DH04 PRO
Universal 4th Z Axis Detachable Gimbal Spring Dual Handle with Strap ZY Crane 3S
It can effectively reduce the vertical jitter and realize smooth shooting. In the package, There is a strap to reduce the load. Let’s look at its performance below 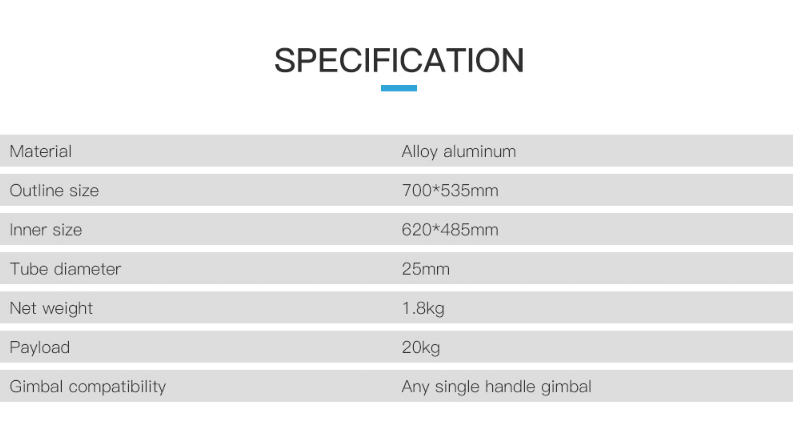 EASYRIG+Serene
Easyrig System  is specially designed for professional photographers working with handheld equipment. Easyrig  can be used with both video and film cameras of medium weight.

Easyrig  gives you the advantages of both a handheld camera and tripod mounted camera; i.e. with the speed and mobility of the handheld camera you can still achieve steady pictures.

Your back and shoulders are relieved since the load is redistributed to the hips - Easyrig helps you to concentrate on the actual filming. You won't suffer from a strained back or shoulders as you would from normal handheld shooting and you will be able to work for longer periods of time.

The breathable fabric and ventilated soft padding will make your filming with Easyrig  comfortable and enjoyable. 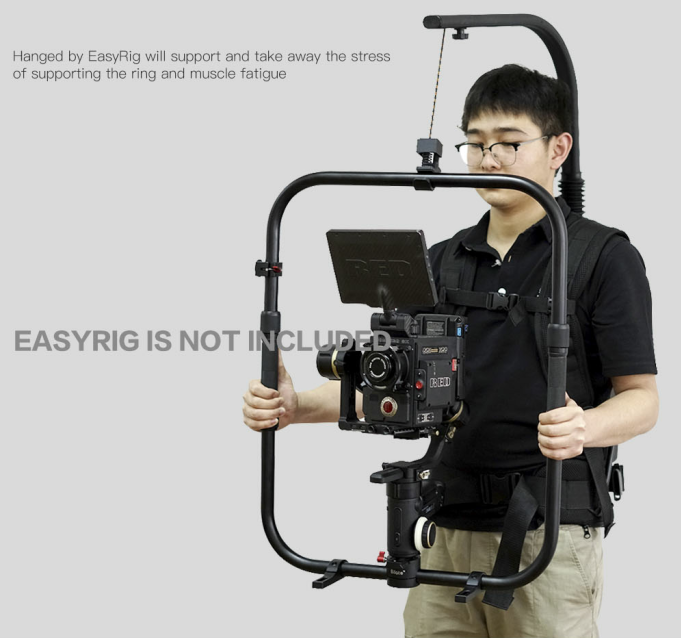 With the Easyrig+serene+Magic Ring  the Crane 3s could be mounted from the top of the ring and hang upside down (just like the Ronin 2) this would also allow better functionality to attach a monitor and follow focus accessories on the gimbal ring which is easier to operate than the steadicam. and the best way to be able to achieve tilt motion would be to design an attachment


Please leave your comments, which partner are you most interested in?